A tree in my neighborhood lost to Tropical Storm Irma, Snellville, Georgia, September 12, 2017

After the Carribean, Puerto Rico, Cuba, and Florida were hard-hit by Hurricane Irma, its effects were felt here in Snellville, Georgia after it traveled up the west coast of Florida early last week.

We lost power for almost 1.5 days in Tropical Storm Irma that came through this area.  Traditional schools were closed for three days, and online schools closed for one day.  If what we experienced was a tropical storm, I’ve definitely never seen a rain and wind storm whip around the trees as it did.  Its amazing that more trees did not fall than actually did.

Another tree down in my neighborhood. Snellville, Georgia, September 12, 2017

In my neighborhood, alone, I counted six trees that fell after driving through my area, including a huge oak. With the heavy winds and the ground being saturated, trees with surface roots or those that were rotten fell easily.

A fallen tree in my neighborhood. Snellville, Georgia, September 12, 2017

Just yesterday, in a nearby area, I observed power lines that were laying on the ground. Now, six days after the storm passed through, there are still people in my area who do not have electrical power. 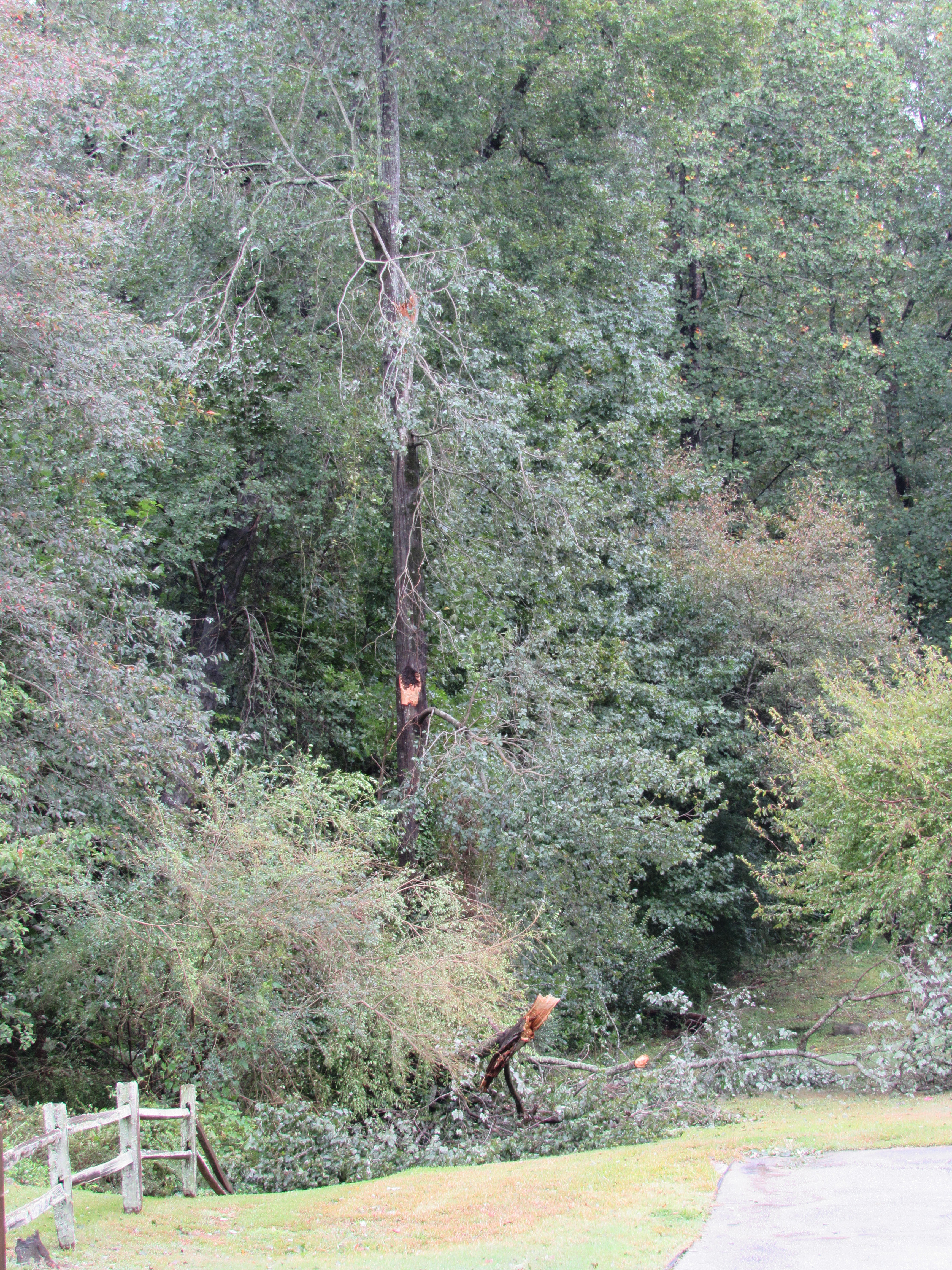 A couple of limbs that were ripped off of a tree in my neighborhood. Snellville, Georgia, September 12, 2017

Seeing the news on TV and the Internet of the damage that Irma did, my heart and prayers go out to everyone who weathered it.  May those who lost their lives rest in peace.  May those who are cleaning up and rebuilding get the help and support they need, quickly.

Mother Nature has shown that a category five hurricane is definitely something to take extremely seriously.

This is to honor and remember all the innocents lost in the tragedies of 9/11, as well as to be in support of their families and friends.  They are no longer with us in body, but remain ever-present in spirit.  May we always remember and never forget.  May they rest in peace, and may everyone strive to live in peace and harmony with each other.