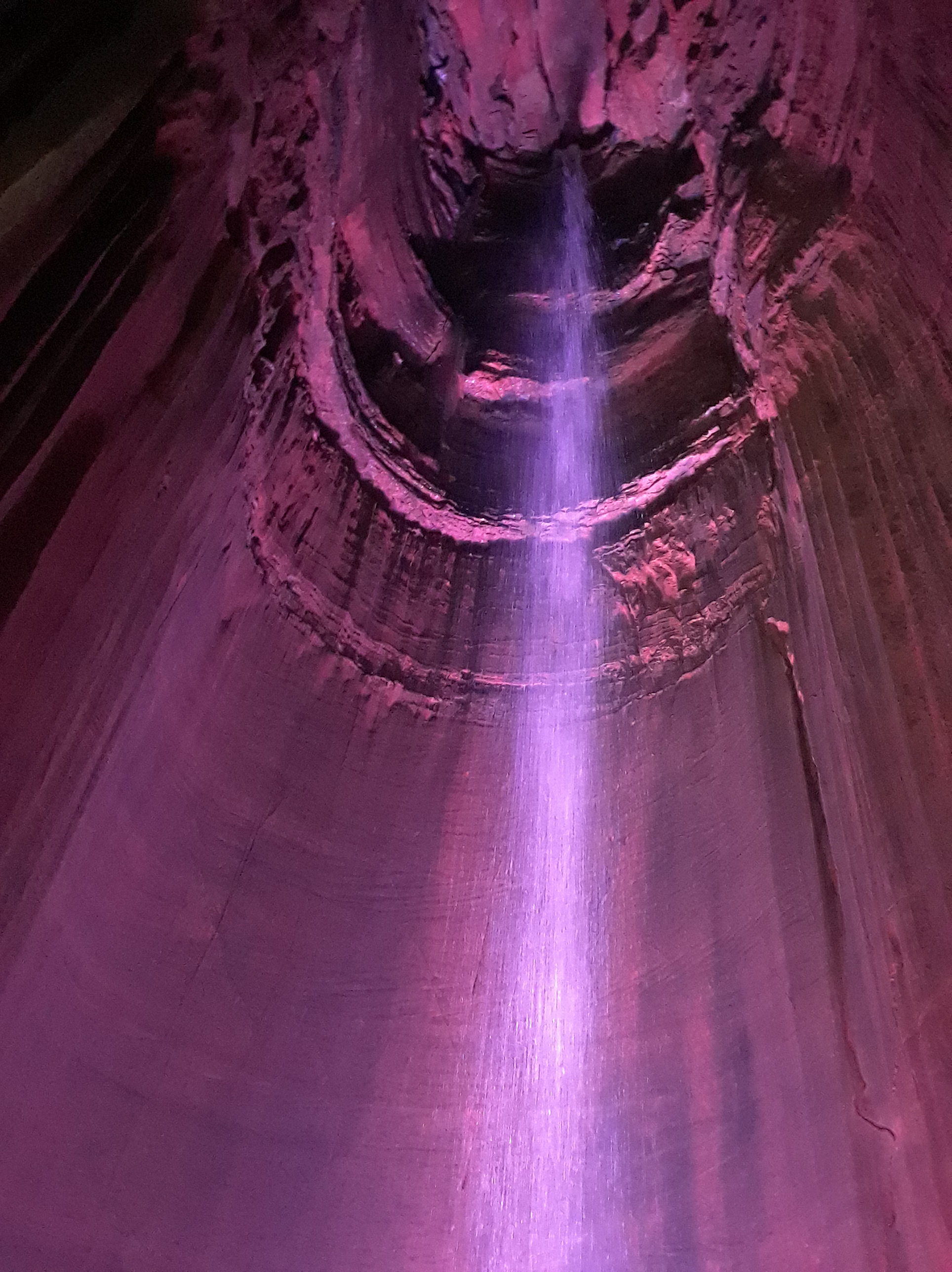 I can’t believe that almost one year has passed since I’ve made my last post on WordPress!

My family and I have been extremely busy this year, and the time has really flown by at an incredible speed – much faster than usual, I’d say.

It has been a great year, however, and my son and I took a couple of days to enjoy the sites in Chattanooga during Thanksgiving vacation.

Another ceiling view inside Ruby Falls Cave. Notice that some of the formations have been broken off in the past. Tourists were told that people did that in the 1930s during the Great Depression to sell them for money. November 26, 2019

Posted here are some pictures I took while inside the Ruby Falls Cave on Lookout Mountain in Chattanooga, Tennessee.

I had never been there before, so I was pleasantly surprised and awed by its beauty.

Formation that looks like an elephant’s foot inside Ruby Falls Cave. November 26, 2019

I’ve toured a few caves in the past, but this is one of the best I’ve seen! 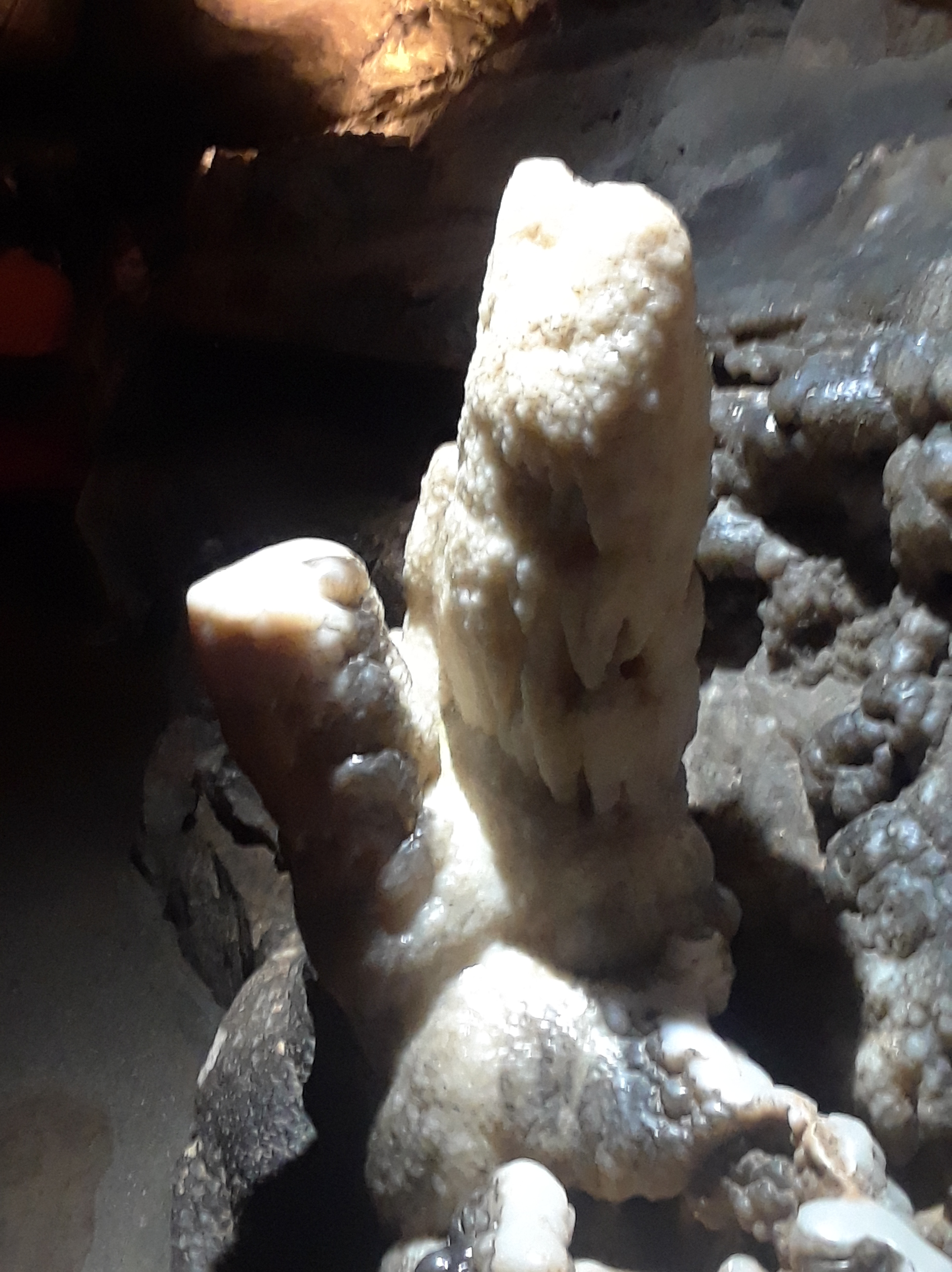 A famous formation in Ruby Falls Cave that people are allowed to touch. November 26, 2019

Please enjoy the pictures, although they don’t do it justice.