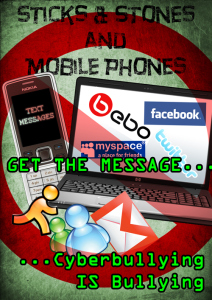 Yesterday, I received a notice on LinkedIn that my group postings are temporarily being moderated because someone didn’t like that I promoted my new group, “Stop Youth Suicide,” in theirs. All of the 30 groups in which I promoted this group two weeks ago were related to counseling, child welfare, bullying, and social justice.

How sad is it that anyone would flag or report about that, and thus, have my group postings across my 51 groups be moderated by LinkedIn. I think it just goes to show that there are those folks out there who are very insensitive about this issue, and who are unable to cope with the perspectives of others that may be different than their own.  It also reflects how easy it is on LinkedIn for company staff to limit and restrict members’ freedom of speech.

This situation further reflects the punitive nature in American society in which well-intentioned people are often blamed and punished rather than being provided with an opportunity to defend and protect themselves.  LinkedIn is no different.  There is no appeal process for this on LinkedIn, and due process does not exist.  If one desires to be a member of LinkedIn, he or she has no choice but to agree to such policies as these that may be used in a punitive and restrictive manner, as I have experienced.

In one counseling group in which I promoted this group, my post was placed in the “jobs” section, not even in “promotions.” The group manager of that group is a licensed counselor! This is so sad.  The manager of that group eliminated my posting from the discussions section of the group, thereby removing any possibility for interaction and communication about the issue.  I have since left that group.

For all of you who are members in the LinkedIn groups that I have founded and/or moderate, I have always posted everyone’s discussions. If there is a member who repeatedly posts about topics that are not relevant to the group, I’ve sent them a private email message informing them about that, deleted those discussions that are not relevant, and/or moved them to the appropriate section, such as “jobs” or “promotions.”  Most often, people are understanding about group expectations, or if not, they leave a group.  I have known of a couple of people who were restricted by LinkedIn who left LinkedIn.

Take a Stand Against Cyberbullying (Retrieved on May 16, 2014 fromhttp://acaruso2.myweb.usf.edu/ Cyberbully/teachers.html)

It is important for LinkedIn company employees to recognize that there are often times when people report on others simply because they dislike them and are unable to cope with a good message that is promoted and/or shared within relevant groups.

As another example, about two years ago, I left two anti-bullying groups that were out of the United Kingdom, after having posted relevant issues to the groups.  One member of those groups reported on me for posting about issues that were not relevant when they actually were relevant.  When I informed the group’s managers about my concern, after having been blocked in those groups, the managers did nothing, effectively supporting the bully who made the false reports.  I, therefore, left both groups.  By not supporting the target, and placing restrictions on the bully rather than the bully’s target, LinkedIn is also be supporting the bully.

For no one to even provide a professional courtesy of sending me a private message to inform me about their concerns related to my posting, and then reporting me to LinkedIn staff, thus causing my postings to be moderated across groups, is insensitive at best and bullying at most. If a posting is not desired in a group, it is very easy for the group manager to delete it.  It is also very easy to send an email to someone, or post a comment to the discussion, reflecting a concern.

For LinkedIn just to drop the hammer, effectively restricting my posting status across groups, is not only cyber bullying, but also removes my freedom of speech.  Those who report on other members, rather than attempting to resolve a situation, have no insight about and do not practice professional courtesy.  Instead, they are doing what they want because of being unable to accept or cope with the views and perspectives of others that may be different from their own.  Instead of becoming part of the solution, they remain part of the problem, and may also escalate the problem.

I would like to know in which groups my posting about the issue of preventing suicide is not relevant or welcome in their group…so I can leave their group and continue to post in groups where my views are welcomed and supported. I have emailed LinkedIn customer service requesting said information, though I doubt I will get the information that I desire. I have been oppressed too much and too often in my life to take this lightly.  To me, networking and sharing information about ways to prevent and eliminate suicide are serious issues.  Cyber bullying about this issue must not be tolerated.  I will not be silenced!

Follow-up (July 13, 2014):  Two days ago, a LinkedIn employee again blocked my posts and comments to nearly all LinkedIn groups (48 of them) in which I am a member.  Again, LinkedIn has required moderation of my posts and comments in those groups.  LinkedIn did not provide me any reason or notification of being blocked.  I have done no wrong.  This is another example of LinkedIn’s restrictions and removals of freedom of speech.

Follow-up (July 16, 2014): In response to LinkedIn’s restrictions on my group postings, I re-posted this article in two locations on LinkedIn.  The next day, I found that LinkedIn had further restricted my posting settings by blanketing all groups, including those that I manage.  LinkedIn’s policies in regard to such restrictions only enable and promote cyber bullying and harassment from other members, and further escalate the situation.  There are several other forums in which I have posted this article so that readers are informed about such institutional policies that reward accusers and harm targets.  I guess I should be proud that my speaking out about these issues has caused others to bully and/or harass me, as well as restrict my participation, however these actions are also a reflection on how acceptable bullying, harassment, and infringements on people’s rights have become.  If something is inherently wrong, I am one to speak out about it so that it can be changed and improved rather than entrenched and worsened.