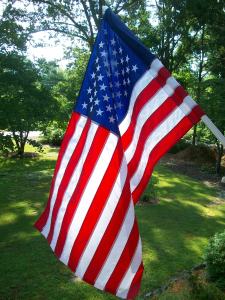 My son put out the American flag today, in special remembrance of America’s military veterans and in celebration of Memorial Day 2014.  Putting out the flag has become somewhat of a tradition for him throughout the past few years, particularly since it was a requirement for one of his achievements as a Cub Scout.  Today, he put out the flag as a new Boy Scout.  Last evening, my family also watched the Memorial Day tribute celebration on television, as broadcasted by PBS.  That has also been a tradition in my family for many years.  This year is the 25th anniversary of the annual Memorial Day broadcast.

In remembrance of military veterans in my family, I have authored this article, having arranged photos and/or memorabilia of all of those known family members and/or ancestors who have served in the American military.  I am thankful for those who have risked their lives and/or who have given their lives for the freedoms that I enjoy.

One important issue to keep in mind, however, is that our freedoms may be our right, but should also be practiced with appropriate reason and rationalization.  I stated this, particularly due to interpretations of the Second Amendment of our country’s Constitution, in regard to the right to bear arms.  We should all keep in mind that while we have a right to bear arms, that does not mean that we have the right to take another’s life, unless circumstances absolutely warrant it in matters of self-protection.  Let us not allow the right to bear arms, as well as monetary-backed interests to that aim, to remain more important than protecting people’s lives.

May we all strive to live together in peace and harmony.  Let us all remember the sacrifices of those who serve and who have served in our military forces so that not only our freedoms are maintained, but so that the spirit of democracy may infuse those in other countries, as well.  May our military forces stationed in Afghanistan soon return home, and back to our wonderful democracy! 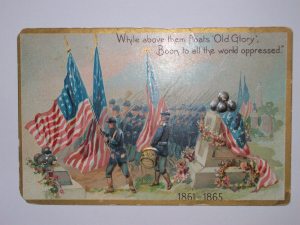 Memorial Postcard in Remembrance of the American Civil War, 1861-1865 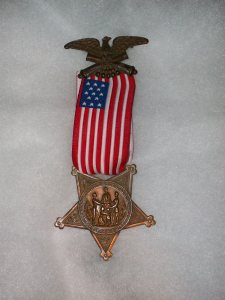 Grand Army of the Republic Veteran’s Medal from the American Civil War, 1861-1865 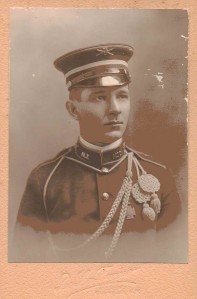 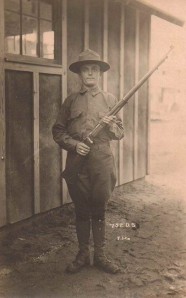 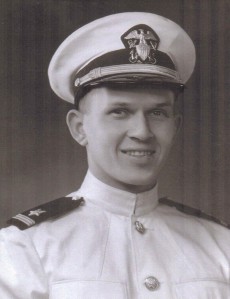 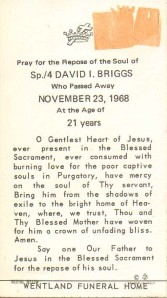 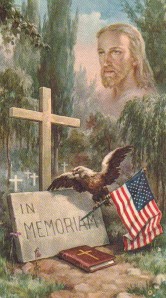 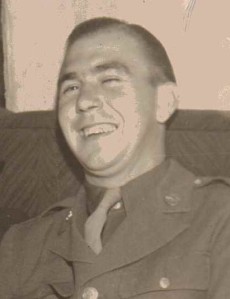 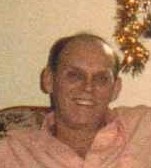 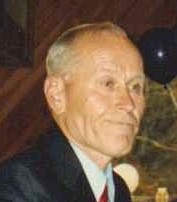 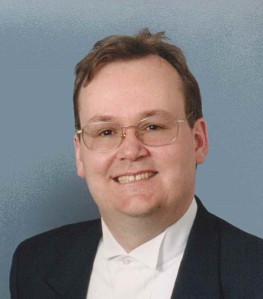 I am also aware that one of the Tomaszewski men (formerly of Gowanda, New York, and now of Chicago, Illinois), a cousin to my mom, was a pilot in the Air Force, possibly in the Vietnam War.

These photos, information, and memorabilia represent all those known individuals within my family, and from my family ancestry, who have served in the American military.  I salute you for your risks, sacrifices, and in the case of David Briggs, his ultimate sacrifice, for the freedoms and protections of others.  While I have taught history, and honor and appreciate our military veterans, I am not one who has the will to risk my life in possible sacrifice in the military.  You all are a credit to our country for your service, and to the preservation of democracy. 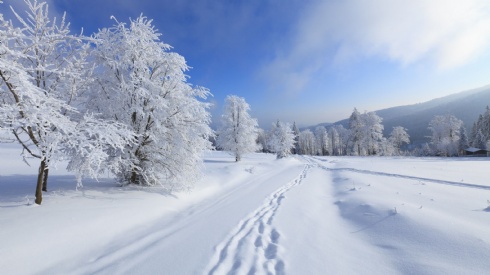 The cold is no joke!  The biggest weather – and news – event occurring during the past couple of days has been the 2014 Polar Vortex that has swept across the United States.  Extremely frigid polar air from the Arctic has dipped down to the Deep South of the US.  This morning, January 7, 2014, in Snellville, Georgia, near Atlanta, where I live, the temperature at 7:00 AM was 3 degrees Fahrenheit, and that’s without including the wind chill factor!  Already at around 9:00 PM this evening, the temperature was back down to 15 degrees Fahrenheit after reaching a high of about 25 degrees Fahrenheit this afternoon at about 3:30 PM!  One online news article (Henry, 2014) reported that temperatures around parts of the US are colder than those currently in Antarctica!

It is definitely true that people – especially those folks in the South who are not accustomed to such icy temperatures – may not be entirely aware of the dangers of extreme cold.  Regarding myself, being originally from the Buffalo, New York area, I know about the cold, the dangers of it, and know not to take any unnecessary risks, nor to potentially place myself or others in danger in such frigidly cold weather.   Extreme cold can cause frostbite, hypothermia, and/or death.  It is not something with which to play around or take chances.

I am an individual who remembers the Blizzard of 1977 where I lived in Collins, New York.  I was 6-years-old at the time, and in the first grade.  Even at such a young age, it was exciting for my brother and I to remain at home for two straight weeks due to the school closures related to the Blizzard conditions.  I recall and have photographs that my parents took of my brother and I standing atop snow drifts that were as high as the roof of our garage.  Similar drifts created by snow plows clearing snow from the roads caused rises of snow that were of the same height.  Once the blizzard conditions passed, it was fun to play outside in the snow for awhile, but not long enough to get too cold.

In my mid-teens, there was a time when I believed I could outsmart Mother Nature by going out and riding snowmobile in temperatures that were less than 20 degrees Fahrenheit, and with wind chills of about -20 degrees Fahrenheit.  I promised that I would not be gone long, and was not riding for more than one hour when I returned home and was unable to feel my left hand.  I had decided to return when my toes and feet began tingling, but did not realize that I had already lost sensation in my hand.  I only realized it upon taking off my glove upon entering the house, remembering that I could not feel anything in my hand.  It was the beginning of frostbite.  Thankfully, it was not serious, and my mom saw to it that my hand was warmed carefully and quickly.  However, it is an experience that I have always remembered, and no longer take risks in the extreme cold with Mother Nature.

What is tricky in the South is that it can be frigidly cold, but there not be a speck of snow on the ground.  For me, coming from Buffalo, that is always a big disappointment.  When there is cold, I have always come to expect snow to accompany it.  However, that is rarely the case in the South.  And, that is something that can fool people into a false sense of security.  Simply because there is no snow on the ground does not necessarily mean that it is not cold – or even frigidly cold, as it has been here for the past couple of days now.  One must get bundled up if going outside, must not remain outside for very long, and must be assured of having a warm place to go – or even emergency measures to use – if one’s vehicle breaks down or if one’s utilities stop working in one’s home, for examples.

Also, what I noticed this afternoon when I went out to run a couple of quick errands was that people on the road are impatient with other drivers.  For goodness sakes, it is COLD outside!  I was out and about for only 20 minutes or so, and within that time, there were already two drivers who honked their horns at other drivers who were stopped at traffic lights, and who did not resume driving quickly enough for them once the traffic light changed from red to green.  People are not used to the cold.  Vehicles are not used to the cold.  And, people need to give each other more understanding and be more patient in extreme weather events such as this.  The buses may be off the roads because schools are closed, however that does not mean that some folks are entitled to race down the empty speedway through the city.  People should be more cautious and careful, and give each other more consideration in situations such as this.  That is definitely the intelligent thing to do.

So, be careful out there in the cold.  And, don’t go out into it if you don’t have to.  Bundle yourself up, make sure there are extra blankets in your vehicle – and for many, a shovel and even hot packs.  People who are used to the cold such as skiers and snowmobilers from the North such as myself know these things.  Listen to your body when you are out in the cold.  And, better yet, listen to your brain.  Stay inside where it is warm unless you have to go out.  Don’t take any unnecessary risks, or place yourself or others in potential danger.  Hopefully, you have some food stocked up, or if you don’t, get some when the temperatures have risen during the day.  Stay warm, stay healthy, stay inside as much as possible!