The holiday season is the time of year for giving, including giving and generosity to the poor and less fortunate.  This church is collecting food for this food drive, and this bank is collecting for this canned food drive, and this grocery store is collecting these toys, etc.  This is all wonderful and needed in our society in which the poor are often invisible and forgotten.  Following the crash of the housing markets and real estate in this country in 2007, the economy has not been kind to the poor; and, indeed, many of those who began experiencing poverty at that time are still impoverished.  Times are still difficult for those who are poor, and who live at or below poverty level.

In the United States, a country in which the highest current poverty rates are among Blacks, followed by Hispanics, the population by race that has evidenced lowest poverty is Whites.  Even so, in my own observations among Caucasians, those who experience the invisibility of poverty are single and/or divorced mothers.  Perhaps because the present poverty rate among Whites is less than 10% of the population in the United States, and because Caucasians are the majority race in this country, particular poverty among White single mothers is relatively invisible.  I mean, how many White single mothers do you know who are in poverty?  Perhaps because I am more cognizant of it, I am aware of several, though are you able to identify any?  I would like to share a bit about those Caucasian women who are divorced and/or single mothers in Gwinnett County, Georgia.

One Caucasian woman I know, who is in her early 40s, is a divorced, single mother of one child, and has lived below poverty level for the past five years.  She is educated with a master’s degree, but has been unable to acquire gainful employment for the past 5.5 years.  She has received several forms of public assistance within the past four years, received unemployment benefits for more than two years, and is currently receiving food stamps.

While this lady is appreciative of the assistance that she has received, it has not been enough to raise her socioeconomic status, and she continues to live below poverty level.  She has also received some financial, food, and clothing assistance through a charitable organization that is associated with her church in the past two years.  She lost her home, experienced a bankruptcy, does not have health insurance, and has been unemployed for the past 4.5 years.  Also being depleted throughout a period of several years has been her retirement account.  She is also a recipient of food and support from her extended family.  What she desires is gainful employment in order to care for and support her family.

Another Caucasian woman whom I know is experiencing a divorce.  She is a woman in her late 20s to early 30s.  Her husband had an affair, left her and their four children, and is living with his mistress.  Having four young children, she has remained at home to care for and raise them, and is not employed outside of the home.  She is also not educated beyond high school.  Her husband left her and their four young children, along with a house that she is unable to pay for.  She hired a divorce attorney who is well-known in the area, and hopes to utilize his services in order to secure as stable a financial future for herself and the children as possible.

One young White woman whom I know has three children and is pregnant with her fourth.  She is about 18-20 years old, and she and her children live with her parents.  She does not have a boyfriend or significant partner involved in her life to provide assistance to her or the children.  She remains at home to care for her children, is not employed outside of her home, and does not have health insurance.  She receives food stamps, and is in a program to potentially receive temporary aid for needy families (TANF).  The TANF program requires her to come to four two-hour meetings during a one to two month period in order to receive assistance.

This lady must leave her children in the care of her parents, and take a bus – including a switch-over to a second bus – throughout a long distance, in order to attend the TANF meetings for potential assistance.  She went to one meeting, and did not attend any of the others.  She feels tired and hopeless that she will ever receive the assistance and support that she needs in order to better herself and her circumstances.  For a young woman, she is the most passive and hopeless White single mother whom I know.  I have wondered, myself, if her circumstances involve incest or sexual assault, particularly because she lives with her family and she began having babies at the age of 14 or 15 years old.

Another woman whom I know is also White and single due to her husband’s death.  She is in her 30s, works as a hair dresser, and has four children, including a newborn.  Her husband committed suicide; he did not present with noticeable symptoms to her of being depressed or suicidal, however I would have considered him to be an alcoholic.  She is responsible for the four children, the family home, the costs of the recent remodeling done to the home. and the new truck.  She has received the assistance and support of her parents, as well as by some people in the community and through church.

Yet a further White woman whom I know is in her 40s, and is recently separated from her common law husband of 20 years, with one child.  While together, the woman and man had their struggles, became addicted to drugs and alcohol, and went through a bankruptcy.  The woman has not worked in many years, does not have health insurance, and was reliant on the meager financial support of her common law husband and his parents.

This woman’s parents died when she was a child, and she, herself, was raised by her eldest brother.  She applied for food stamps and was required to provide documentation of her financial status, though she was unable to submit all documents because her partner refused to give them to her.  The food stamp case worker required her to jump through several hoops that she was unable to do because her partner was uncooperative, thus contributing to the further detriment of the woman and their child.

1988-2010 Graph of Poverty in America by Four Races of People (Source: http://tcf.org/blog/detail/graph-poverty-on-the-rise-in-america)

Regarding this woman, at one point, her broke down, and she was unable to pay for repairs, causing further hardship.  She and her partner, both, have had many sexual partners throughout their own relationship, with her partner openly speaking about his current mistress to her and their child.  The woman, herself, has intimate relationships with both men and women by meeting people on ashleymadison.com; some of these liaisons provide her with money and/or high ticket items that she uses to support herself and her child.  In short, she has become like a prostitute, trading sex for money and/or merchandise in order to survive.

A sixth woman whom I know is also a White single mother.  She is in her 20s, has one young daughter, and lives with her parents.  She works, but is not educated beyond high school.  When her daughter is not in school, her parents take care of the girl.  Of the women I have described above, this lady and her daughter might more closely “fit” what many people may believe is the appearance of being poor.  They are both very thin, and their clothing is of a lesser than average quality.  In cold weather, they both wear light-weight clothing and jackets that do not keep out the cold.  They do not speak of being in need, though it clearly appears that they are. 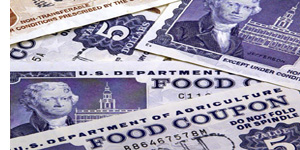 Another woman whom I know is White and in her 50s with one daughter.  She is divorced, and had been employed as an office manager at a small insurance company.  Two of the young male managers of her company praised and praised her for all of her wonderful work, overtime, and upgrading of the company, but were really being deceitful and fired her, taking over her position.  She filed for unemployment, but is having difficulty with her case because the managers are supporting each other and not her.  She was devastated at losing her job – her sole income; and she lost her home and possessions because her property went into foreclosure.

This lady is extremely depressed, and is taking anti-depressant medication.  She and her daughter now live in a rented room in someone’s residence.  She receives food stamps and welfare (TANF).  She had been attending regular TANF meetings, but has stopped coming out of her despair, devastation, and hopelessness.  She has no family in this area to help provide emotional or financial support.  I am very concerned about her, have given her some emotional support, and have privately prayed for her well-being.

These women are examples of some Caucasians in the Atlanta, Georgia area who are divorced and/or single mothers, and who are in poverty or in need.  All of these women – but for the sixth one – dress well, appear to be fit and healthy, and care for their children as best as they can.  Yet, they are often ignored and overlooked in their poverty because – as some have said they have been told – they don’t “look like” they are poor or in need.  These women are experiencing the invisibility of poverty of Whites who are single and/or divorced mothers.

I, for one, would just like to say that looks are deceiving.  The examples of invisible poverty experienced by the women I have described herein are just that – that looks are deceiving.  Just because the women do not “appear” to be poor, impoverished, or in need does not mean that they are not.  People make all kinds of incorrect assumptions and misjudgments about others simply based on the way that they look on the outside, but sometimes, those notions couldn’t be more wrong.

Because there are more Black and Hispanics who are impoverished in the US than other groups, these are the populations that one might typically think of when generalizing about those who are poor.  On any given day, if one visits a local welfare office in and around Atlanta, about half of the people waiting for assistance are Black and the other half are Hispanic.  There are typically no (or extremely few) people of other races there who can be observed seeking assistance.  That leaves Whites at the bottom.

Because Caucasians are the majority race in the US, and because they experience the lowest rates of poverty in our country, there is an invisibility of poverty among Whites, especially among White mothers who are single and/or divorced, and their children.  Even while researching online to obtain information and images for this article, I did a search on Google, using the key words, “poverty in America,” and found only two images of White women (with their children) in poverty; one image was a famous Depression-era photo.  This is yet further evidence of the invisibility of the poverty of White single mothers in America.

More aid, assistance, and support is needed for White mothers who are single and/or divorced.  Better opportunities for child care, education, and employment are also needed for this population.  Too many White single mothers and their children are being ignored and overlooked in their poverty.  White single mothers and their children need not experience the invisibility of poverty because they are White.  This country can and must do better for those who are in need, especially those who are most vulnerable, overlooked, and invisible.

Meier, D. (2013).  Bridging differences: What we talk about when we talk about poverty.  Education Week.  http://blogs.edweek.org/edweek/Bridging-Differences/2013/05/Petrilli_poverty_%26_schools.html.  Retrieved November 25, 2013.